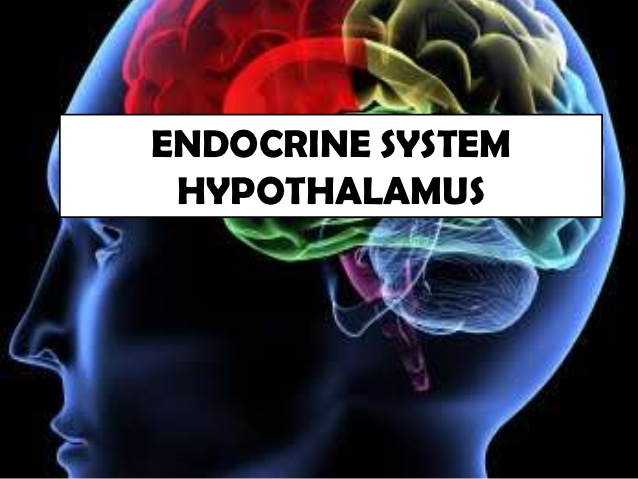 The hypothalamus is located below the thalamus (a part of the brain that relays sensory information) and above the pituitary gland and brain stem. It is about the size of an almond.

The Hypothalamus is the region of the forebrain that contains hormone secreting cells and interacts with the pituitary gland at the base of the hypothalamus.  It is considered a neural control center for the Endocrine System and links to the Nervous System.  It is the part of the brain that helps stimulate or inhibit key processes in your body.  It is referred to as a “Gland.”  The Hypothalamus tells the Pituitary Gland what hormones to release and when.  It is responsible for balance or homeostasis.

The hypothalamus produces the hormones that regulate body temperature, thirst, sleep, moods, sex drive and the circadian rhythm. It provides a set point of homeostasis for electrolytes, body temperature, blood pressure and weight. According to the US National Library of Medicine, it also controls the pituitary gland.

It is highly involved in the Pituitary Gland function.  When it receives a signal from the nervous system, it secretes hormones that start and stop the pituitary glands hormone production.

The major endocrine glands include the pineal gland, pituitary gland, pancreas, ovaries, testes, thyroid gland, parathyroid gland, and adrenal glands. In vertebrates, the hypothalamus is the neural control center for all endocrine systems.

The Endocrine System links to the Nervous System.

The endocrine system helps control the following processes and systems:

Hormone levels that are too high or too low indicate a problem with the endocrine system. Hormone diseases also occur if your body does not respond to hormones in the appropriate ways. Stress, infection, and changes in the blood’s fluid and electrolyte balance can also influence hormone levels, according to the National Institute of Health.

Diabetes, Hormonal Imbalances, Hypothyroidism, and Hypoglycemia are common problems in the Endocrine System.  Infections and medications such as blood thinners can also cause adrenal deficiencies.

Cancer can attack them all.  Hyperthyroidism, Adrenal Failure, Hypertension, and Diabetes can be brought on by stress and cause fatigue, affecting sleep and mood.

The Hypothalamus maintains the body’s internal balance; or homeostasis.  It controls the Pituitary Gland, or what is sometimes called “The Master Gland of the Endocrine System” 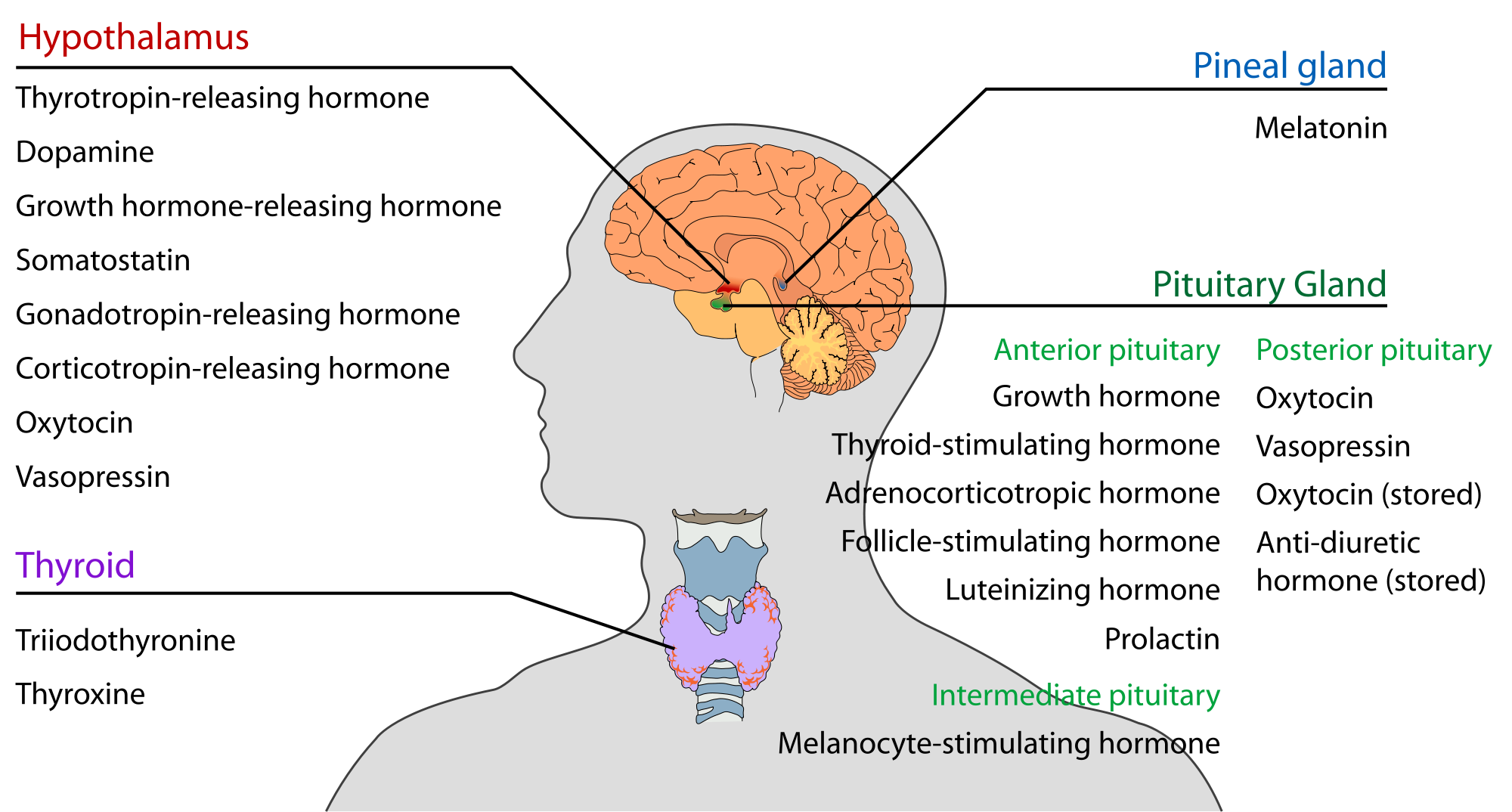 Hormones secreted by the Hypothalamus:

It is difficult for doctors to determine if a condition is associated with the Hypothalamus or the Pituitary Gland because they are so closely connected.  Hormone tests can help narrow down the root of the problem related to hormonal / chemical imbalances.

The glands produce different types of hormones that evoke a specific response in other cells, tissues, and/or organs located throughout the body. The hormones reach these faraway targets using the blood stream. Like the nervous system, the endocrine system is one of the body’s main communicators. But instead of using nerves to transmit information, the endocrine system uses blood vessels to deliver hormones to cells.

How is it linked to the Pituitary Gland and what is it’s interaction and primary function?

These glands appear to have a hierarchical design with linkages that start and stop anothers’ production to manage a constant balance through the bloodstream and nervous system.

Endocrinologist are the specialist that diagnose and treat problems with the Hormone System.