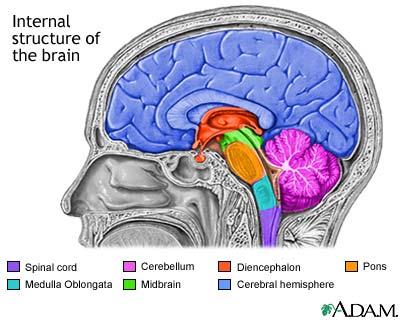 The cerebrum is divided into two hemispheres which are joined by a band of fibers called the corpus callosum which relays information between the two cerebral hemispheres. The hemispheres in turn are separated into four lobes. These are the frontal, parietal, temporal and occipital lobes. There’s also a lobe called the limbic lobe, which is found in the middle of the cerebrum.  The limbic system is a set of brain structures located on both sides of the thalamus, immediately beneath the cerebrum.  Two large limbic system structures, the amygdala (anger and aggression) and hippocampus (learning and memory).

The thalamus, found in the forebrain, relays sensory information to the Cerebral Cortex which controls thinking and sensing functions and voluntary movement. The hypothalamus is also found in the forebrain called the diencephalon and regulates temperature, eating, sleeping, and the Endocrine System. The midbrain connects the diencephalon and part of the brain called the medulla oblongata which regulates heartbeat and breathing. The midbrain consists of the reticular activating system, which controls eye movements, sleep, and arousal. 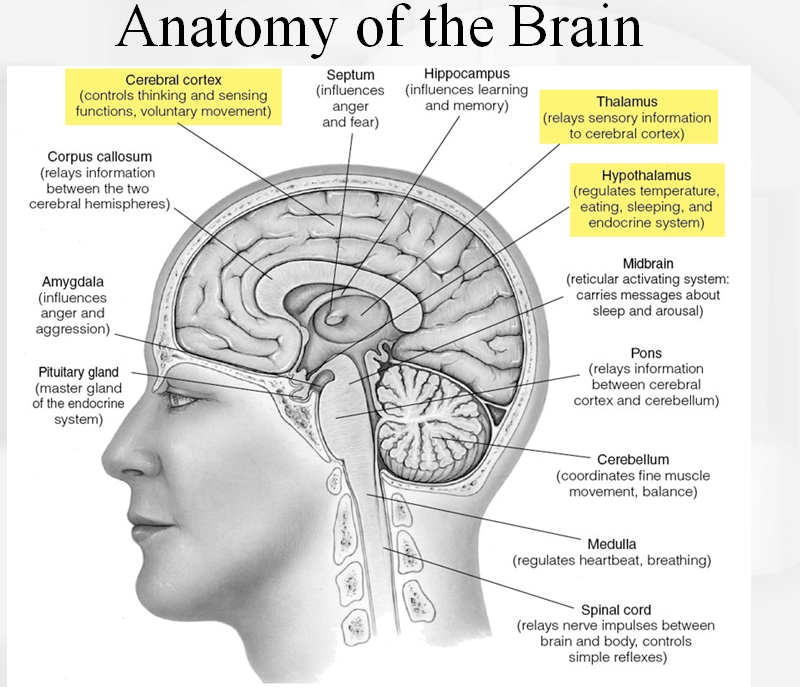 The diagram shown above seems illogical in its connections and relays.

The medulla oblongata is an extension of the spinal cord into the hindbrain. The nerves in the medulla control involuntary (?) processes such as the heartbeat, breathing, muscle tone, blood flow and the movements of the gastrointestinal tract. The medulla has a network of nerves called the reticular system, which coordinates and regulates many brain functions. The hindbrain also holds structures called the pons and the cerebellum.

How the brain works together to perform all of these functions of breathing, eye movement, body movements, sensing, feeling, perceiving, acting or reacting is confusing.  I was hoping to understand the neural connections, which I believe starts in the Reticular Activating System in the Midbrain and Hypothalamus because it regulates wakefulness and sleep-wake cycles (initially I thought of the eyes just by the terminology).  Sleep’s been proven a critical component, necessary to refresh the brain and in childhood, perhaps an old wives tale, but its said to help you grow.  In the absence of sleep, a mind becomes dysfunctional, along with the body.  Since breathing is critical to life, perhaps the Medulla Oblongata is the starting point (or kill point) unless it receives messages from other parts of the brain to start and stop it’s responsibilities.  Clearly damage to this area can be instantly fatal.

Damage to the Cerebral Cortex could cause mixed thinking or if completely shut down, perhaps a coma.  It is unproven whether or not a coma patient has inner thoughts, but it’s not solely the responsibility of the Cerebral Cortex since the hypothalamus and midbrain manages the sleep. 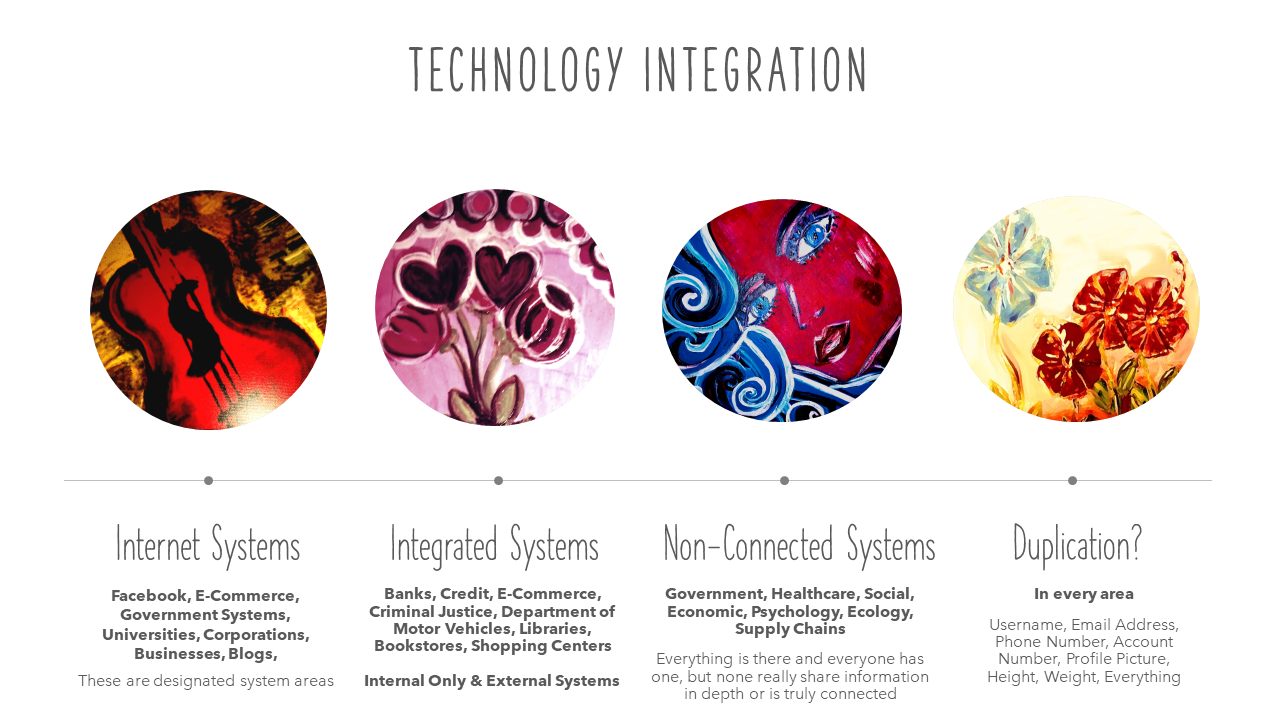 I’m trying to narrow down the Neurological System to the Subsystems to find the critical components and how they connect and interact.   The diagram shown above seems illogical in its connections and relays.  In reality, it’s really just a bunch of ugly brown tissue lumped together in layers and curves.

The Cerebral Cortex is the Largest part of the brain and the cerebellum resembles a crustacean found in the ocean. 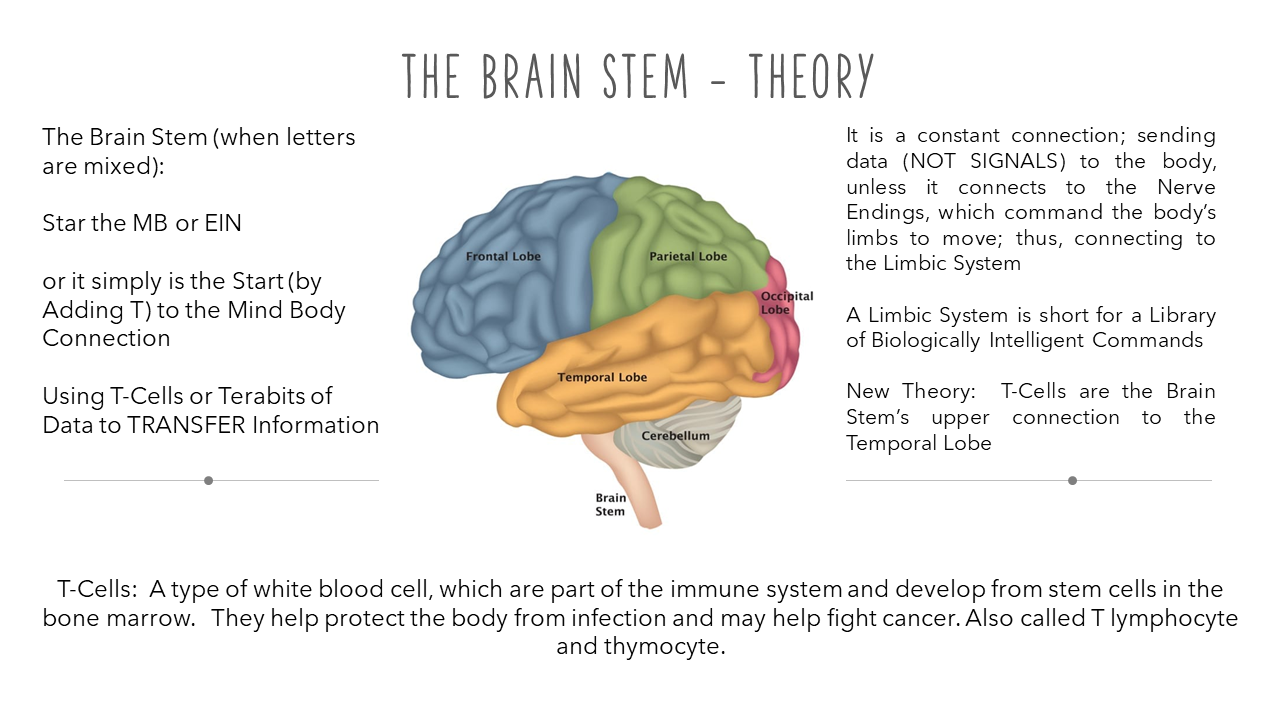