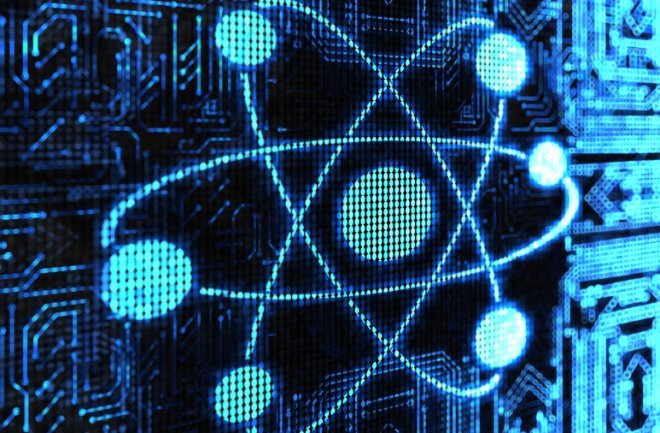 I’ve had these ideas in my brain for so long – finding ways to use a dimensional system where particles are manipulated using protons, neutrons, and electrons, and I honestly thought our community had a grasp on the technical possibilities.  I can conceptualize it in my mind, but have difficulty writing about the subject, simply because I am not thoroughly educated in physics and time and space travel.  I was never formally educated in computer programming, but I seem to grasp those concepts naturally, so there really is no need for internal blockage accompanied with an attempt at explaining the concepts or writing about them.  In time it will come and so will such technology.

I found an article today with talks that Microsoft is investigating a new model to create the technology, suggesting it will be different than the existing computer, with less rules and restrictions.  They suggest it will be conceptual in nature and not forced to be concrete and exact as in today’s programming languages.  I have never been fond of the idea of “binary” data and a simple explanation that we’re working with just ones and zeros.  We are full of data, phrases, letters, and numbers, as well as objects, humans, the atmosphere and energy.  I’m just guessing here, but I presume Quantum Computing will allow for using all the elements in computing and not just a device that must be programmed with rules, heavy security, and learning a whole new language to make things work.

It’s still too early for me to write intelligently about Quantum Computing, perhaps because I’ve been conditioned to believe it includes time travel or time warp and it has never been proven that a human can actual travel back in time in the body; only in the mind.  It does still seem feasible, but without specific point and purpose.  If we could capture an environment and rewind certain events for replays or change the order of events and location of events in the physical realm, well then we’ve mastered controlling physical outcomes and seem to be able to become God; if we’re smart enough to understand, forsee and plan for effects of such changes; or better yet, control the outcomes.  I think I’ve seen it done in a small segment, but again, I am considered sometimes delusional.

I must give myself some mental credit, with the creation of Quantum Computing or Quantum Physics, we should be able to create the holograph.  It seems simple to me to create and manipulate an energy field, but not so simple when attempting to merge energy fields or transfer blocks or sets of information from an Image created in a field or location to an actual human.  Using relativity in multiple forms, as in mental relation, relating objects, or inserting or bringing more human awareness to an object in a dimension seems possible and smart — to get one to pay more attention or take notice of a specific area or item in the room – inserted by a quantum computer.  Moving objects with invisible air still seems impossible, unless we can harness the power of airflow, or cause a series of human actions to make something else move.  The idea of a holograph has always been to simply show a high grade image using light, but to combine it with information transfer, awareness, and forcing actions, well then we have a much needed and heavy applicable solution.

Many hold the theory of a parallel universe or a higher power, able to guide and change future events; some often refer to it as God, or the higher self, but what if it’s another planet or universe, managing our knowledge base, advancement, and perception.  What if we could control our own destinies by giving up power to our higher selves and trust in those who are smart enough to create a system to control events, beyond what a human can perceive or plan.  We only have enough time, space, and energy to do certain things as a human, but what if we created an alternate universe, governed by a power that knows our steps, our interactions, our lives before we do, and what if there was some middle ware to correct and change course should a bad outcome arise.  I don’t want to simplify to greatly the concept or by any means, take anything away from the geniuses that can conceptualize these ideas and put them into practice, but I must say it seems as simple as modeling and simulation.  So, this would be applicable to interactions and events, all encompassing to include healthcare, feelings, emotions, physical actions and even psychology or “thought control.”

Why Even Launch Satellites?