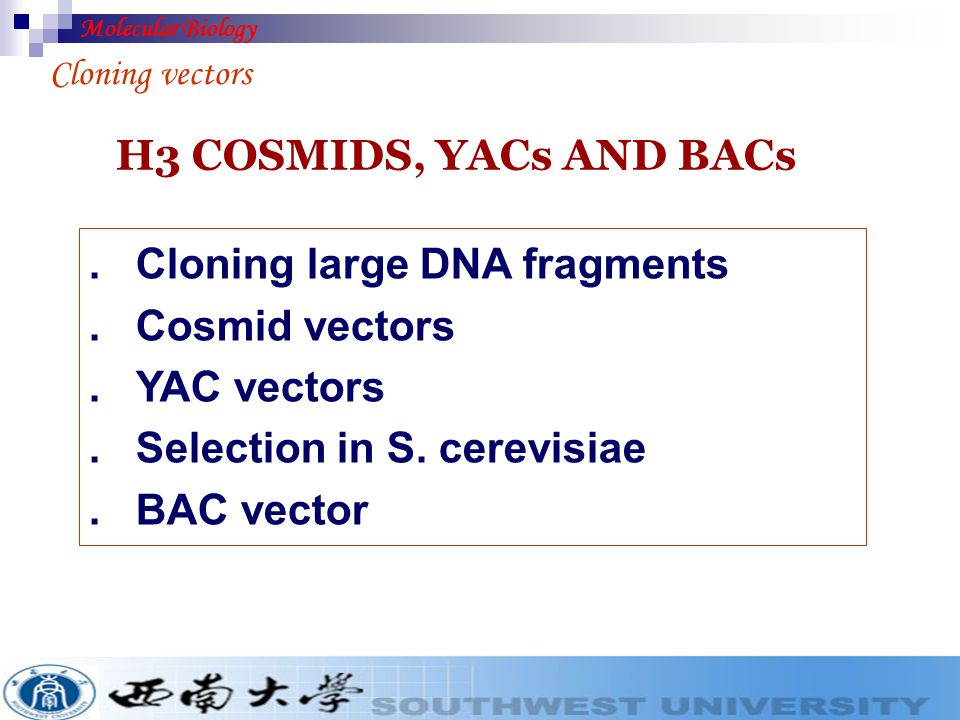 I want to start with my most fascinating observation of the week, but part of me wants to start at the cause of the encounter.  I’ll refrain from that otherwise it will just get lost as a story of an Improper Arrest; another demonstration of misuse of power where words get in the way and a single decider owns your fate; irregardless of who you are, who you were, and what’s really going on and a decision is based upon one single word, phrase, or action and a course is set forth that must play out in a legal setting.

Trend:  Short-fused people with unintelligent and irrational decision-making stirring up internal discontent and a need for explanation from the higher powers or creators.  People are acting strange, creating internal battles, necessary to regularly monitor internal thoughts and feelings and control my responses to negative and false stimuli, forcing me to a breaking point at the wrong time, causing a disruption in my pursuit of happiness and safety.  Problems are surmounting and my brain forgets how to resolve them rationally without fear.

Example:  Sign an agreement, but because that agreement includes matters of physical health and safety, it is a risky area governed by fear of losing, becoming homeless, and helpless, yet maintaining a need for human rights with an inability to back down to false statements, abuses, and mistreatment.  It is governed by Fear because it has been proven that people can and will do whatever it takes to be right and will set a course for my destruction without an ability to empathize or compromise.

Mistakes were made.  Facial Recognition & Reactions in Clones 😉  Should we stop now?  No way man, but deploy them in friendly places!

Notable Observation of the Entire Experience:  A clone.  She looked just like her; the one I wrote about; the old friend of 20 years who’s profession was just a housewife, but appeared in full beauty and uniform in a Criminal Justice Agency; ready to command and control, using abusive tactics.  No sign of human relation recollection, yet appeared an underlying bitterness; anger to prior internal battles/written assessments.

Unfair:  I can’t experiment or question the clone.  I can only observe.  I can only communicate as a ‘unknown’ potential enemy.  If the goal is to create Cloned Armed Officers who are twice as mean with zero personal connection, it’s clear we’re creating a more harmful solution.  Thank you for making the observation fairly brief.  Question(s) in which I don’t have answers to:  Does the clone take from its original human?  Does the clone replicate the human using behavior patterns or personality traits?  I can’t remember, but I think IT replicated “rubbing her nose” often and touching her face unnecessarily; unbecoming of an Officer Clone, but a noticeable habit of the original.  I disengaged in understanding the content of her conversation; more interested in Bio-Scanning and then communicating.  I have power and control issues too.

I was in fact mesmerized by the exact human replica (the near exact body image), yet confused when she turned her face, her features resembled another acquaintance.  She looked poised, professional, skillful and powerful; too bad it wasn’t really her.  I told her she looked like someone I had been friends with for a very long time.  She dismissed it and immediately turned to correct something about my behavior since I was the one in handcuffs.  I don’t recall doing anything wrong accept watching her as she stood there and spoke.  I wasn’t following her story, but watched her in uniform, assuming her enjoyment in the power of the weapon, the position, the audience.  She was a flawless version of her self and I noted she was just standing around, wasting time with other officers.  If it were truly her, she’d recognize me and demand to know my purpose for being there, and she’d be nice, but it wasn’t her.  It was a clone.  It’s even funnier that we had discussed this topic years prior at which time I admired her knowledge advancement and interest in such scientific topics.  I asked her a few non-vocal questions in reference to her liking her position; offering internal praise, hoping for an external response; no immediate response was observed.  My purpose has not yet been fully achieved; here’s how that played out:

Reaction Methods/Power & Control Response was unclear, not easily related to a statement I made or something I did visibly wrong; Internal Message received:  You are in handcuffs and are the enemy; no further information needed.  Message:  Insufficient/Non-Human.

Observation:  She looks just like [PersonA]; wow she’s beautiful and looks amazing in uniform.  What in the heck.  Does she like her job.  I could see she liked her job.  So, essentially the clone answered an obvious non-vocal question.  Why does she have features of another?  Similar Bio-characteristics?  Yes.  Similar Personality Traits? Not obvious; unanswered, yet the name (bond) – other noticeable Bio Trait [PersonB]’s was related to the field and my personal outcome of the event.  I later realized within a few minutes she did answer an internal question, but the question was posed after it was answered.

The clone naturally emitted the answer to a non-vocal question – job satisfaction.

Smart Thinking Designer, but a vocal response with a different directional target or side conversation would’ve been more acceptable.  Possibly problematic due to a human need for approval, awareness, unawareness, and accuracy.  The clone would need to know when to take the question and disengage and remain disengaged with the questioner until another question or scenario was presented,  Rules should be programmed in not to abuse, correct, respond directly to in a negative statement, harm or redirect attention to the questioner, but to create a spin off side conversation with another clone to answer the question in an obvious and creative worthwhile fashion; something humans don’t normally do but would find intelligent and synchronistic.

What was the purpose?  Unknown/Bio Demonstration.  What feelings were invoked:  Confusion, Envy, Anger, Fear that someone was purposely out to confuse me or hurt me.  It was like the creator said “she’s beautiful and I want to show you I’ll put her in a position of power over you.”  An unheard of and unintelligent decision considering the real life people, professions, and skills involved.  I didn’t take it to heart, I maintained a watchful eye, in awesome wonder as to purpose; which has yet to be revealed.  I give 4.5 Stars on Replication of the Body with Enhancements.  0 Stars for increased anger and not removing abusive tendencies present in the original form.

Others also looked familiar; one even stated he was from my hometown, but he looked slow, spoke like a robot, seemed mentally disconnected, young in his professional, unskilled and certainly without memory.  They all had one thing in common:  Slacking on the Job and Handling Matters Improperly.  The Human (myself) was forced to remain silent to protect herself because they became more abusive; ignoring laws of safety.  One prisoner was a direct replica of another human with a short fuse, easy going personality with rapid switch to abuse based on a perceived statement; he was in handcuffs, but appeared to be ready to harm.

Other prisoners (unseen by the human eye) spoke my internal thoughts with slight adaptation in name references; short sequences.  Sometimes supportive.  Tuned out upon receiving IA.

The staff’s overall assessment:  Condescending, Impatient, Abusive, Often Exerting Unnecessary Force and Power; No Care or Compassion Sensed or Vocalized between officers and detainee.  Handcuffed in Full Prisoner Cuffs using 3 sets of cuffs for a Verbal Phone Altercation – inappropriate handling/treatment of detainee.  Officer King; excessive use of force when complaining the handcuffs were too tight; she twisted my arm to a near breaking point; I didn’t resist movement or push back when being handcuffed in a naked state after finishing up a shower.  I Verbally Requested to alleviate discomfort; she increased harm; complaining she just came on shift.  Message and tactic did not make sense.  Non Human.

This was not the first time I’d seen people from this group in uniform; in real life, their professions were far from the uniform; but not so far as to be considered felons; just observed as incapable of grasping humanity on the level which has been presented to me.  Because of my internal judgement towards them, I naturally had fear they’d turn into tyrannical and abusive people carrying weapons, out to harm, as if they had internal knowledge of my assessment of their inferiority and abusive patterns/life choices.  HOW TERRIBLE THEY WERE AT KEEPING THE PEACE!

I believe this is what it comes down to in the EGO battles:  Inferiority; Reacting and Acting as if they know that I believe they are inferior as I watch them overcompensate using power and control to inflict pain, abuse, or invoke fear.

Who doesn’t fear an Officer carrying weapons with an abusive personality who clearly overcompensates and vocalizes the differences between you and them?  I can’t help but judge people as I come across them, I can’t help but observe, assess, and make a determination; for God hath given this to me to review.

All uniformed officers were excessively beautiful; not one unattractive or out of uniform excellence.  Only one (of approximately 15 officers encountered) spoke kindly about her enjoyment of the job, the conditions, and her past profession as a Starbucks Barista.

I shared a sentence or two about my History with the Department at Intake.  No comments were made.

Can a clone look to an individual to gain Intelligence? Yes.
Can a clone be programmed to react positively or negatively?  Yes
Are their appearances short in duration to prove they are minimally programmed?  Yes.

Liquid Chromatography in Biological Cloning?  What are you doing with Anger and Reaction!!!  They are far more mean and impatient than my generation! 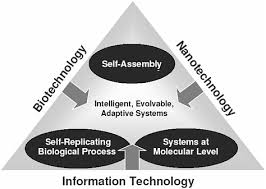 Avoid Self Assembly; Self Replication; Unawareness of Wrongful Acts; Unaware of Human Emotion.  They seem to be aware of Pain Threshold and Tactics to prevent Punishable Harm, as observed in humans, yet continue in unwarranted situations.

Put your Monkeys back in their cage; they and we are not ready.

The Evidence Sealer:  A 1960s heavy metal machine vacuum used to seal personal property.  Vacuum Sealing Technologies for Evidence Preservation was not introduced to Criminal Justice field and was only introduced to the US American Kitchen for use in the 1990s.

The IRIS Eye Scanning/Capturing Machine; Did not work without problems.