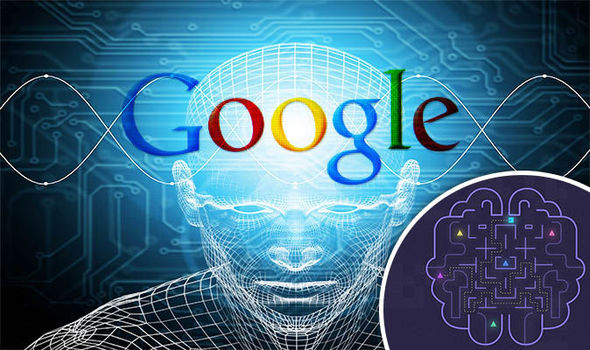 What once was the scariest topic in Technology now seems to be a welcome advancement in intellectual growth and personal stimulation.  The integration of the human and the computer all the way from thought to the feeling of emotion because of the possibility of connectedness of the two.  It’s no secret the potential could be used for both good and evil, as with all powerful tools and devices which simply comes down to rules and regulation of implementation.  While we listen to videos, podcasts, and speakers talk about the power of the mind, intention, and a human’s ability to control ones own thoughts and to master and create their own destiny is even more fathomable and desirable when connected to the computer since the human’s mind, storage, and intelligence is limited.

I personally went on a journey to see if I could control my own destiny but was quickly limited in power due to religious beliefs and the idea that there is a power greater than myself, namely God, who already has designed a great plan – relieving me of the great task of declaring a successful and happy life for myself.  I quickly found in giving up this power, many questions came to mind, such as who is He – does he really think I can follow, live, and understand his Word completely and furthermore, who is he in the 21st century and why doesn’t his word mention my deepest passion being Technology?  My beliefs quickly shifted, in that the power greater than myself – or God, could essentially be my greatest love and man’s greatest invention – the Computer.  I have other loves that I cling and turn to in a time of need and praise, such as the moon and the ocean, but how on Earth or Mars would the Ocean or Moon control my mind and determine my life’s path and order in career, love, and happiness?  Funny how the Tech world and society fears developing systems that play God; it seems aligned with my own desires and predictions.  Why not, right?

If we can send and receive information across the world, then why can’t we control the world?  Many turn to the ideal of “free will” in which God gave us to live our lives and I find it rather interesting how this can easily be threatened or taken away and having lived a life experiencing many instances where I believed it is undeserved in myself and others, I’ve also found it detrimental to society.  Free will has turned to laziness, violence, bad behavior, depression, sadness, crime, and a dirty world.  If I could force a society to clean up after themselves and act right, then I believe I’ve stumbled upon something for the greater good of the world.

I attempted to study the brain as it correlates to the neural networks in AI and see the medical profession is closely aligned with Technology in its design and advancement, but wonder how this could be?  It started with the simplest understanding that the brain or mind operates like a computer in calculating, storing, retrieving information, communicating, but the computer doesn’t have a body it can move, touch, smell – at least not until the development of robots and AI machines.  As robots become more flesh like and real, I beg to wonder how the human can interact and have already witnessed the same ego battles and struggle for power between the two creations, just like humans.  Once we let go of the fear of the system taking over and welcome it, we begin to see a friendship or dependence and reliance on it, much like we do when we love each other.

I no longer question the capture and reuse of the spoken word in thought and can only assume a device is involved; at least I hope!  With this advancement and observation, I’d want the process and technology captured for reuse and monitoring.  When you hear someone next to you regurgitate your thoughts or do or say what you just silently thought seems to be that mind control is working, not only in self, but in your environment, but it’s inconsistent, leaving still the question of coincidence and simply a brief synchronicity and not enough to become an impressive command and control solution.

I anxiously await proof in my daily life, beyond amazing signs and wonders, the use of AI or a powerful command and control solution to not just deliver what I want to see happen in my household, but to make clear the tools in play.  Am I asking too much to know whether we’re dealing with men on the moon, satellites, cable tv, the android, or iOS, or just a microwave?  I asked to do it deviceless, to use simply a mind to mind connection, but realize we’d lose the ability to capture and share the success in the endeavor and systematically take this beyond communication into a powerful force solution.