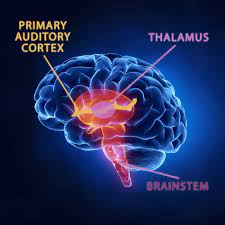 Alrighty, so I’ve done enough research and understand enough to see that the Brain Science community does not have a real grasp on brain chemistry.  I’ve taken enough prescriptions to see that psychiatry is still very much a practice field and that brain surgery is really only applicable for tumors captured by neuro imaging scans.  It’s not only chemistry, but the way the community defines it’s electromagnetic features as part of the brain’s mechanism, when really they are describing Medical Technologies.  The brain works like a computer, with images, memory, data processing, audio, and video.

It is clear they do not have a full grasp of neuropathways and only have a general idea of how to resolve brain functioning issues as it relates to blood pressure and severe mood disorders through the use of sedatives.  They have conquered temporary pain relief with the creation of over the counter pain relievers and sedatives/mood stabilizers, but they have not conquered how to solve personality defects without major self awareness and internal work.  The pills appear to provide only temporary and partial relief, where counseling is still required to change major personality disorders (or defects).

All of the fancy terms for regions of the brain are very complicated and research does not indicate they have found a way to manage speech and basic motor skills without hospitalization.  There seems to be something else guiding the thoughts, feelings, and actions of others and it doesn’t appear to be able to be controlled without direct orders for situational events.  What a daunting task that requires constant observation and control.  I was hoping we could fix it through the use of ESP and Brain Mapping, still a possibility in my mind as long as I know how to protect my brain from negative incoming thoughts.

Some people are just evil and uncontrollable; they are violent and problematic.  They lack awareness in the problems they cause others and have no respect for other’s space and fail to consider the negative affects their speech and actions have on others.  I thought there must be some scientific repeatable method to change this, but it doesn’t appear to be available.

I was hoping we could find the nodes for speech and action and create orders for patients to carry out; such as go say this or do that, but it doesn’t appear it can or is being done.  I’m getting a sense that it can be, but we are far from it as it would require a great deal of work to manage the thoughts, speech, and actions of many people.

Is mind control a lost cause?

I’ve seen a neural network in full affect, with the duplication and transfer of thoughts and ideas, but I have not seen brain control done on an aggressive, potentially violent, human environmental irritant problem creator.

One thought on “Brain Science & The Mind”