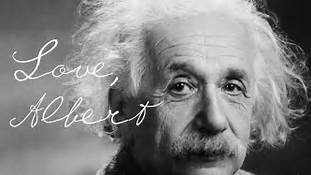 I sat back this morning after waking and had a 10 minute conversation with a non-technical person about Brain Wave Technologies, the interface the computer with the mind to assist in communications and to change what we call in AA & NA, personality defects.  At age 26, I was silently pondering the way the computer resembles the brain and the body.  It’s all based on inputs, processing, and outputs.  Along the way, people would introduce terminology like the word “processing” and reference their minds and I liked the word very much, without being able to relate it to the idea of ESP via the computer.  At age 41, I realize I’ve come along way and fear not being able to achieve the title of “Doctor” before I die.

I’ll admit, first the idea scared the pants off me, not literally, but the initial reaction to brain control was fear.  Fear that someone or some entity could control my mind, thoughts, reactions, movements.  I’m am still fearful, just because some things shouldn’t be shared or discussed and I highly value some personal space and secrecy in my thoughts, perhaps to keep it a mystery to reach a point where the conversation is with a person with not only mentally stimulating abilities, but also physical.  I’ve been asking God for many years to lead me, guide me, and teach me, so here it is, and it’s being done in the field that I’ve worked in for nearly 20 years – Technology.

I’ve attempted to read and understand Einstein’s work in special relativity and his formula for Energy and I didn’t get very far.  I guess there was a problem back in the 20s and 30s when he documented his work, an inability to explain in laymans terms what relativity is and how energy is applied, created, manipulated, and reused.  I’ve even thought maybe he never really existed or his work was simply used to build bombs and not to maximize human energy and create it, applying “relativity” to human understanding, conversation, and relationships.  Perhaps Einstein never really existed at all.

I learned that I get energy from other people, both positive and negative and to walk the journey alone is not satisfying.  It wasn’t a major epiphany, especially when you look back at studies of loneliness and depression, loss and grief.  I think what is most frustrating about open human communications and relativity, where a person suddenly has the ability to speak about things you’ve done, books you’ve read or ideas you’re pondering in your own head that you’ve never shared with directly is the anger that comes along with it.  It makes me somewhat angry because this person is not visually stimulating, in fact, she’s a very flawed character.  How does she suddenly become a partial intellectual, stating she’s read the same spiritual books about messaging and why?  What is the purpose other than to show me someone can be provided to prove a replicated message.  It’s just not impressive, I guess since she can’t fully engage in conversation about how synchronicity in the spirit or technical world actually works and expand her thoughts to include the theory that it might be driven by the computer and brain wave technology.