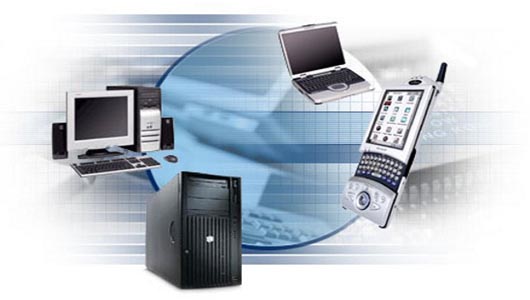 Do you remember Napster, Gnutella, and Kazaa?  These were popular peer to peer file sharing networks, where resources were pooled through a distributed network application that partitioned tasks or workloads between peers.  It was a great way to share files for free.  Peers made a portion of their resources, such as processing power, disk storage or network bandwidth, directly available to other network participants, without the need for central coordination by servers or stable hosts.[1] Peers are both suppliers and consumers of resources, in contrast to the traditional client-server model in which the consumption and supply of resources is divided.

P2P Networks’ main use was to share music, videos and software applications or other copyright material.  They were very popular back in the late 90s, but became the target of copyright related lawsuits and many were shut down.  The BitTorrent seems to have survived and is still alive today; serving as a Peer to Peer File Sharing Application, used to distribute files over the internet.  43 to 70 percent of the Internets Traffic was Peer to Peer File Sharing and BitTorrent was responsible for 3.35% of all Internet Bandwidth in 2013, more than half of the 6% bandwidth devoted to file sharing.  To send and receive files, a user was required to use a BitTorrent Application to allow for the user to find peer users known as seeds to transfer the files.

As of 2013, BitTorrent has 15-27 million concurrent users at a time, a huge decrease from 150 million users in 2012.  The protocol is used to reduce server and network impact of delivering large files.  Rather than downloading from a single server, the BitTorrent Protocol allows users to join a “swarm” of hosts to upload and download to from each other simultaneously.  It allowed several home computers to act as servers to enable file sharing and distribution.

The files being distributed are broken down into segments called pieces.  As users download pieces, they become sources for other downloaders to get the files, relieving the original seed.  They are downloaded non-sequentially and rearranged by the BitTorrent client which monitors what it has, what it needs, and what it can share with others.  Downloading can be paused and the client can easily restart the download process, remembering what it has and getting the remainder without any loss, provided seeds are available when resumed, making BitTorrent an excellent tool for downloading large files.  Each piece is protected by Cryptographic Hash, ensuring authenticity of each piece.

Each client (or application) is capable of preparing, requesting, and transmitting any type of file over the Internet, using the BitTorrent Protocol.  Torrent files are typically published on websites or elsewhere, and registered with at least one tracker. The tracker maintains lists of the clients currently participating in the torrent.  BitTorrent itself does not offer anonymity or security, as it is possible to obtain the IP Addresses of all users in the Swarm using the Tracker.  This not only causes user to be vulnerable to network attacks, but also, in “rare cases” expose users to the risk of being sued for copyright infringement.

The BitTorrent Protocol has no way to index torrent files, probably purposely to avoid being shut down for providing access to copyright material.  Internet websites such as the Pirate Bay are available to search for Torrent files where the BitTorrent Client is used to download the files.  In the United States, it is reported that only 200,000 or more have been sued from using BitTorrents.