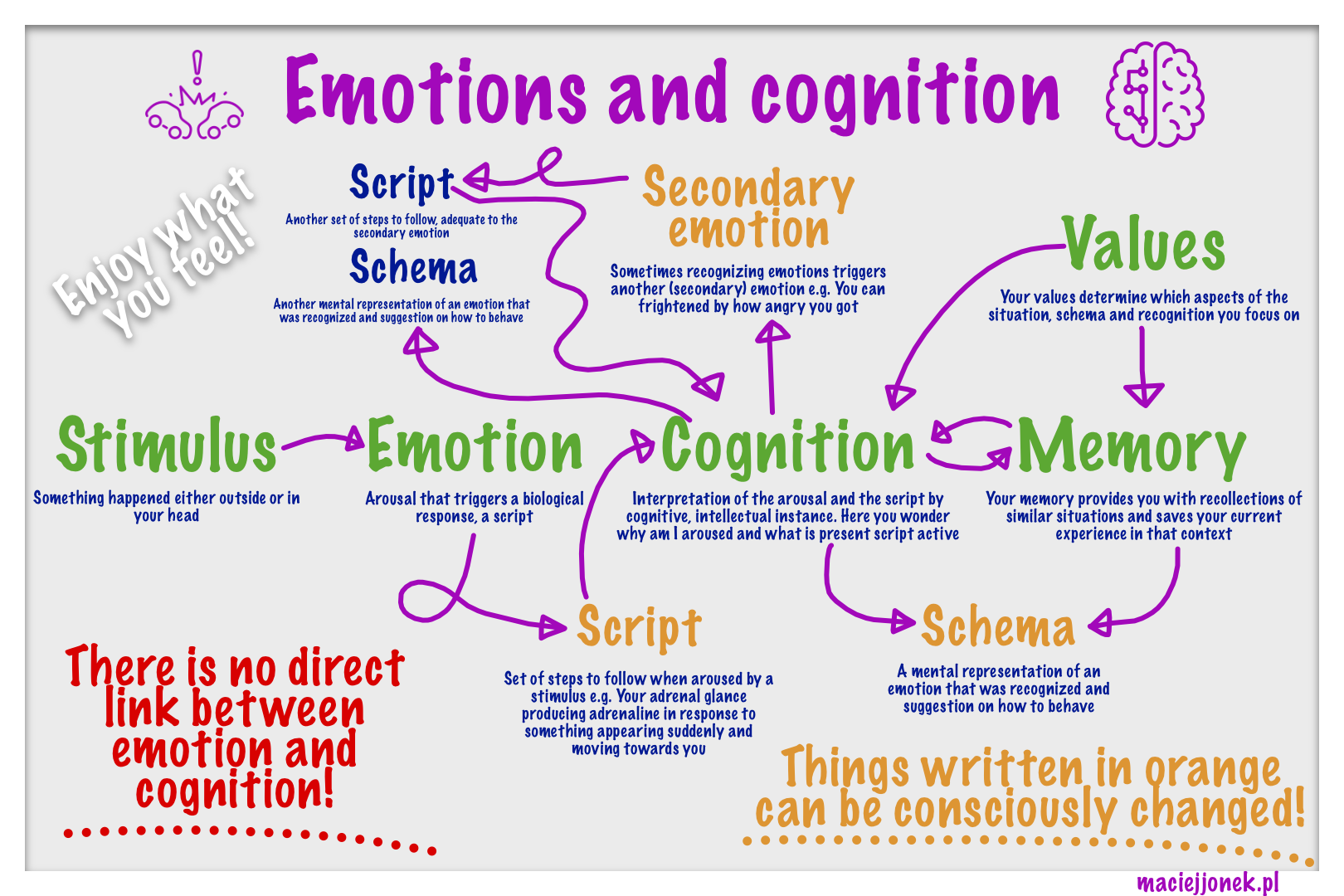 The way you feel when you see your baby in thought and contemplation, getting ready to speak something so important, wondering how he learned so fast to say a few words, light up your eyes and say his first sentence, only to realize you will never see him again or have that memory because you’re tangled up in a broken system, a system you spent countless hours trying to understand and improve, alongside a broken memory and changed body.

To see him smile for the first time in real life and even after you’ve separated, knowing your life is not as you planned or hoped and knowing that you do not have the power to change it.  It is called Powerless, Sadness, and Pain.  When you wish you could provide better for him, knowing you could have, but others were in the way, wreaking havoc, wishing you could just change things that just can’t be or shouldn’t be changed, like his Mother or Father, his memory or his toy, his Judge or his Jury, his hopes and wishes, his small feet or his crooked eyes.  Then you realize it’s your Mother’s thoughts and emotions from when you were little and witnessed the desire to raise your children the best you can.  When things don’t go according to plan and there is no recourse to improve or correct it; life remains in sorrow and sadness, going through the cycle of grief, where eventually the emotions are let go; reviewing all your actions and efforts, realizing it was not entirely your fault, and getting past not being in control.  Anger and resentment, hatred toward a broken system erupts and you decide if you have it within you to fight the system, fix it, or just move on with life.  You tried, you failed, so now what.

There are no words or phrases for it; it’s called Life or toughly technically spoken:  Human Emotions – LOSS.  The day hits where you start to see your emotions get out of hand, and coming close to crossing a line called abuse; Self Awareness kicks in in that instant, deciding to refrain from causing harm and then apologizing for it.  You know you’ve done something you wrong, without meaning it, so you look at the situation and try manage your anger, hands, tears, and smiles.  Ready to run away, but forced to stay.  You’re extremely exhausted, the enemy is moving in on your territory and you know he has the power to destroy and is watching and waiting for you to make a mistake.  Actually, it’s called abuse and frustration.  They have you trapped, restricted, and someone is forcing their way into your environment and misbehaving.  Your angel baby is screaming because he’s dealing with his own set of emotions, related or unrelated to yours and you want to shake and pinch him to quiet him down; and he pinches you back.  You realize he’s got abilities too, even as an infant.  He starts slapping you and the other attempts to slap you, both tearing away at your resources, strength, confidence.

Have you ever felt anger and frustration when he’s screaming and won’t stop and you pinch him and OMG he pinches you back and you wake up, realizing he’s real, he’s sweet, he’s fragile, and you’re one pissed off mommy for what is happening in the environment or the COURT SYSTEM or Judgement you were forced into; unhappy with the judgement of others, your own, and a need to protect, fight, and replenish.  Fear envelops you and he is taken away and given to the enemy.  It’s also called Stress, and reaching a breaking point.  It’s also called tangled Hair because you have to straighten it out, even though it hurts.  I say hair because it could be in your DNA?  Why did I call it tangled hair?  Sometimes it’s straight, sometimes it’s curly, unmanageable, great, and sometimes you just want to pull it out!

Baby Bonds; like Jail Bonds, must be paid back or there is a deficit – a void that you cannot avoid.  Why did God give this to you and take it away?  Did God even give it to you?  Does he belong to the Mom, Dad, or the system?  To operate in his best interests, is the Motherly instinct, but without caring for the Mother, the one who grew him, fed him, nurtured him, taught him, and longed to watch him grow is gone.  She’s pissed, hurt, and is scared of what it does to him, since she too experienced the broken family.  She was cut in two, bleeding for weeks for him and sad that she can’t reap the reward.  She wonders if he is like her, if he understands her feelings and can treat her and other women right.  She wonders when he’ll get wise to what happened and how he will deal with his emotions.  She knows she was ready, qualified, capable, and wanted to be his best friend, his leader, his teacher, his companion and she knew she would grow in leaps and bounds by his presence in her life.  He’s gone and what was done to her was against the law.

Have you ever warned someone something bad was going to happen and they didn’t listen; just sat back and let it happen?  I call it being ignored, left to let the hurt continue because the courts don’t know what they’re doing. We called it Derelection of Duty.  It’s kind of torture, especially when you see the ones facilitating decision making are not even as smart as you, taking your money, time, and energy; listening to the enemy distort the facts, and cloud the judgement of others for his financial benefit.

Have you ever wanted to kill someone for your beautiful baby and yourself and then level yourself out by rationalizing his and her behavior?  They should know better.  Why don’t they care about you and your vulnerability?  Do they not understand how delicate a new life is to the two that are experiencing it?  Why do you want to yell and scream, inflict pain, and cry?  Why do I need to release my emotions this way?  If I could only channel my anger or just find a way to adapt.

Are these called Hormones or Emotions?  My brain tries so hard to creatively communicate the feelings, hoping some day he will read it and understand, but being torn in wanting and knowing right from wrong, painting pretty rosey pictures, telling him it’s wonderful when it’s dangerous, scary, and painful and wanting to hurt or fix someone to make myself feel better.  Have you ever felt the feelings between Mother and Baby, being separated.  It’s Instant Love, Instant Pain, and Tears of Pain, Anger, full of words and actions that can’t even be put into words.  It’s just bah bah bah; blah because you can’t even say BAH.

Have you ever wanted so hard to communicate with them and see if they too have become creators, just like their momless moms and dadless dads or are my little angels busy doing something just so retarded!

Do you know the difference between big and small, little and big, cute from hot, choice from force, want and contempt, desire and flesh, harm and hate, hurt and detested, arrest, abused, brutalized, maimed and murdered for doing nothing at all.  Ever had your head so high in the clouds you didn’t know what the fuck was what?  Ever see your baby scratch his neck wondering why he’s pictured with a Nasty Fucking Rizzo, making his first decision on Corporal Punishment, so non-chalantly, misdirected at the wrong criminal or person that should be mutilated and ripped through a vaccum with her bones sucked through it.  It’s called Clarity when you decide to send a bad cop, bad judge and dirty family into the human vaccum and rip up their remains.  It’s called Fear when you can’t kill someone and it was not permitted in my profession.

Have you ever felt feelingless?  Emotionless, yet so raw you can barely situp and cry about the vaccum in your vagina sucking out your babies remains?  Have you ever wondered if those remains still remain in the form of a beautiful soul so magical and endearing it brings more emotions than you could ever imagine?  Can you imagine all of those emotions launched to kill someone?  But they aren’t even capable of helping either!

Have you ever felt a soul being taken away by someone claiming to have some authority over him because she has blonde hair and blue eyes and sort of looks like him, so she thinks she can use him, hurt him, harm him as she harmed her own, and mislead the Mommy, deceiving her, tempting her and also being a hated one simply because she chose a life of a lazy government divorces and bad law enforcement professionals?

Have you ever wanted to just fucking shoot someone?

Have you ever seen her in Heaven’s light, ignoring right from wrong, tempting babies to do bad things, acting as if she can through people through the sky and jump on cars?  How would that make you feel?

Trash giant Rizzo pleads guilty to bribery.  Yay!!  She was bribed and so was her husband, but they will never truly be imprisoned and justice will never be served because the woman they truly wronged will never see them pay or reap any sort of payment for the crimes they have committed and the position they placed her in.