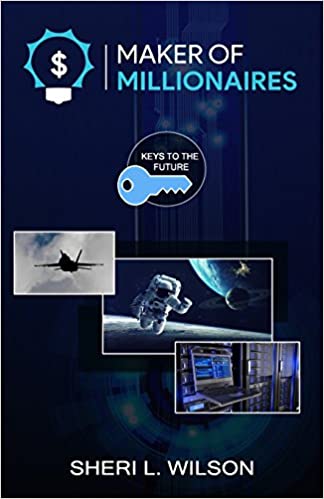 The author must first understand it’s own book and be able to read, write, edit, and access it, obviously, but some don’t.

You’re being cited for not being clear and concise – assuming people don’t read their own writings or understand what they write before they write or publish it.

I thought it was great. I thought it was subpar work, with 40 under swamped on the back forty — too fast and not enough time to utilize professional Strategic Planning and whatever other ‘pro-toe-calls’ these pediatricians think might be good for the Goose.

accepted, and delivered in accordance to the law.

This area includes biomedical engineering, communication systems, basic brain functionality, relationships, expectations, and natural human understanding in humans and computers in long term competitive relationships.  The research will also use government and industry specific people, experiences, and human subjects to prove the necessity for criminal prosecution and immediate stop orders for access to Technical devices and advanced communication systems, which shall prove monetary necessity, punishment, pain, pleasures, and rewards, along with the use or absence of necessary or preventive measures that should’ve been taken to against many to protect another group.  The selected participants will not be informed since the damage is ex-post facto, but the research will prevent future harm and advance our understanding of technology, as well as how certain sets of physical characteristics based on preference for physics, pleasure, love, sex, money, power, prestige and progress, over mental, physical, spiritual and institutional dysfunction are used individually and are further damaged by human dysfunction called ‘selfishly guided false beliefs and motivations.’  The research is directly related to Neurology, but will not dissect or compare the interior physical brain size, competence, or preference to force evaluation of a child vs. a parent or a chronological age of one female in comparison to another, accept where specific matters of personal and human ethics, health, and legal responsibility merge to establish a baseline of expected human behavioral response to life, learning, technology, and the punishment reward system defined and used to explain pain and pleasure, choice and force.

It will not force mental anguish or suffering on the writer, its readers, or test subjects using chaos or other negative practices that have been known to cause pain, discomfort, and suffering, but the expectation has already been formed that those that have found to be the cause of such discomfort and unintelligent lifeform who continues to operate, communicate, and profit online shall be removed from the researcher who believes and can prove they were involved in the injury and can clearly convince the review panel that they should not have access to freely transmit or publicize competitive information that causes mental harm and frustration of the student/writer and organizer of the study.

The expectation remains that humans improve over time and Mothers expect their children to be smarter and more competent than themselves, but science attempts to force statistics and place physical restrictions that prompt reaction in human emotion, intelligence, and understanding.  Biological cloning using relativity and genetic or hereditary brain dysfunction and a natural theory of duplication, shifts in prioritization, response, protections, terms, conditions, purchases, planning, necessity, feelings, and importance placed on physically holding, touching, or reading an object such as a vehicle or book to or with a person and those activities used in conjunction with each other are varied and dependent upon place, amount of information, focus, and responsibility, which is used to understand accidents and other potential information processing centers.  There are many study areas and beliefs, both of which belong to Intelligence Studies based on Digital Sharing and the use of new and old information to help or harm.  It’s easy to see variations and changes based on age and other ‘characteristics,’ where some are egotistically, wrongfully trusted, and later revealed to prove severe human disconnect in basic human functionality which often leads to harm and indifference to injury or the wonderful creation and change that babies, infants, and new possessions bring, as well as how they are evaluated and treated differently and sometimes the same.  Truly, we do not have good test instruments for intelligence, but we might be able to prove criminal negligence using shared written tests, publications, using traditional American Values and Standards in relationships using studies with assumptions, systems, physical distance separations, and proximation reactions to specific life changing events, such as child birth, new jobs, long distance driving, auto driving, learning, and prioritization, as well as ignorance, negligence, and disregard for those people, educational systems, and the technology we’ve abandoned to forward a humanless convenient and costly automated existence for the rich and powerful.

The scientific questions are vast and need to be narrowed down.  Detailed answers to ‘infrastructure’ can’t and won’t be relevant, determined, useful instruction nor will be detailed answers be provided because the study area(s) do not align with student professional and educational goals – I’m poor, I survive on government loans.  Infrastructure is an ugly repetitive unwanted use of a big word, associated with an employment failure at a specific time of injury, applicable to the point in which job experience, goals, legal system, and physical separation that restricted the 43-year-old reader’s ability and experience injury in the involuntary recollection of the details or reasons for failure to remember the plot of Johnny Appleseed.  The reader could’ve had a different experience if given the opportunity to enjoy the favorite novel with her own child as an adult but was forced to rely on 40-year recollection.  The legal system prevented the enjoyable activity, just as the legal system prevents prosecution for criminal negligence and the promise of protection and the exercise of basic rights built on laws we cling to that promise protection, equality, justice, and govern our activities for learning and managing systems that produce our most cherished learning tools.